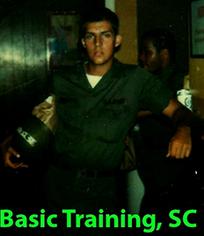 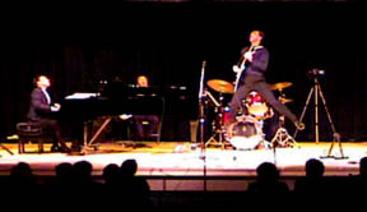 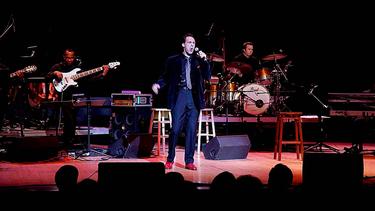 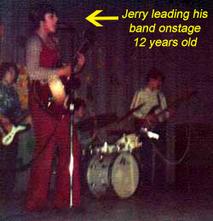 Short ​​​​Bio
Jerry Castaldo had been performing for audiences in the New York City region since he was a twelve-year old growing up in Brooklyn, NY.​ While playing guitar and singing in different groups, Jerry learned to incorporate bits of comedy into his  act  during his late teens. This helped him secure numerous assignments as a Master of Ceremonies in and around Manhattan and the tri-state area.


​
​​During a stint in the US Army while in his early 20s, Jerry traveled through Europe performing solo and with the USO in Germany and several other countries.​ After arriving back in NYC, Jerry went on to successfully host and perform at countless affairs for social, civic and fraternal organizations, as well as hosting The International Beauty Show at The Jacob Javits Convention Center in NY. He was also the Master of Ceremonies and main performer for a national promotional tour for Revlon Inc. He also started acting in musical theater and gained the attention of NYC critics while appearing multiple times at Freddy's Supper Club, which was one of the most popular and well-respected Manhattan Cabarets during the early 80s

​
​Current Act Info, 2019
Jerry Castaldo continues to deliver his "high energy" music show an average of 300 times per year, and has done so every year, for over two decades. Beside singing the Great American Songbook, his new show for 2019 is called, "Solid Gold Hits of the 50s, 60s and 70s!" This engaging 60 - 90 minute program can be presented with a trio or with up to 8 pieces when using a pickup band on the road. Arrangements by Emmy Award-winning composer Tom Kochan, with additional arrangements by Broadway composer/Musical Director, Steve Michaels.

​For those venues with budget considerations, a unique, state of the art wireless radio remote control setup allows Jerry to present his programs solo with his guitar, without a band. This seamless, smooth and almost sleight of hand (no clumsy pointing of the remote control), allows him to control high quality, custom made studio backing tracks directly from his mic stand. Jerry can run his onstage rig via  XLR cables to the house/monitor sound controlled by the venue's  audio mixer.

From performing with the Tony DeSare Trio at the Carlyle Hotel in NYC recently, to performing in Europe, Mexico and all along the East Coast of the US, Jerry's shows are universally well-received  by audiences young and old. Please see the "Resume" page for the many name acts that Jerry has opened for, as well as his headlining performances.
​